Working Out When You Just Can’t

Posted by My Clean Cutting Board on September 24, 2015 in exercise, inspiration, Lupus |2 Comments

I know what it’s like to not want to workout. I was at a point where breathing hurt A LOT! My heart was enlarged and the more I exercised the larger I felt it got and the worse I felt. So I took a break. But I always loved the gym so I knew I would get back to it someday. Well when “someday” came, I got better then I discovered another problem. I’m in my Zumba class, shaking my butt like no other and my right hip begins to hurt. “I must have done something to it,” I thought. But days passed and it didn’t get better. The more I exercised, the worse it got. Now, I have Lupus for more than half of my life so I know about working through the pain and not stopping when you want to do something. But it got increasingly more painful. I did eventually have to stop exercising because I was scared of what I was unknowingly doing to my inner parts. After about a year of pain, I finally got an x-ray and it showed my bones were dying off due to long term steroid use (thank you Prednisone). Not only my hip but my knees too. I must not have been consuming enough calcium. I don’t know. But now my hip was collapsed. Walking was excruciatingly painful. I cried. I mean it’s one thing after another with me. Like, seriously. When will I catch a break? But the sadness, as usual, didn’t last long. I figured a way around it. I began physical therapy where I learned that exercise would strengthen the muscles in the area and allow my muscles to pick up the slack for my collapsed hip. 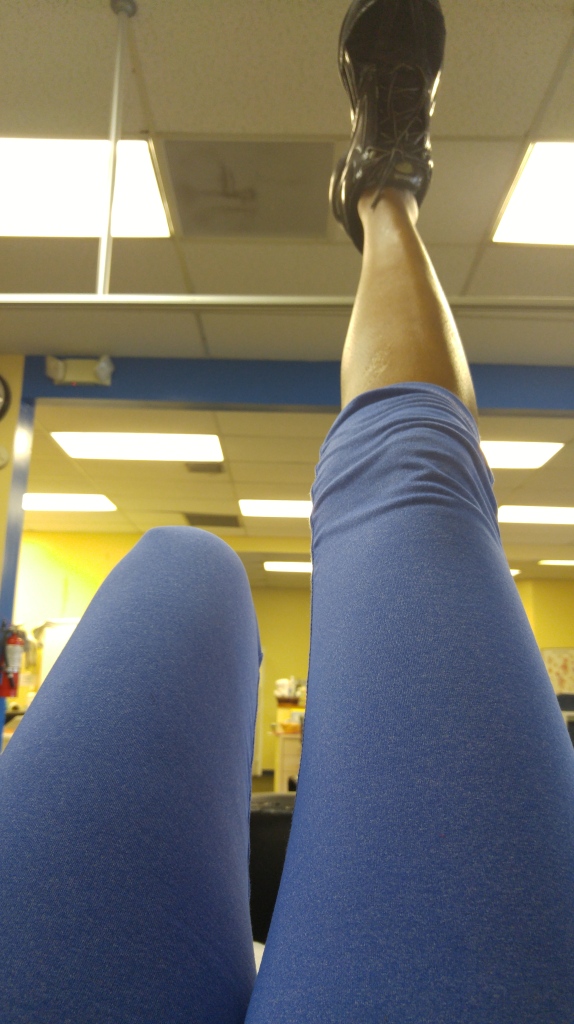 So working out although painful at first could end up helping me out in the long run. So I pushed through the first few sessions. I could not lift my leg without a band. So I basically lifted my leg with my arm for the first few times. I learned that isolation exercises were best for me and which ones I could do without causing further harm. My muscles began to strengthen and I could now walk without a limp, sometimes. There are times I move too quickly and the pain starts so I have to limp. But it doesn’t last long. 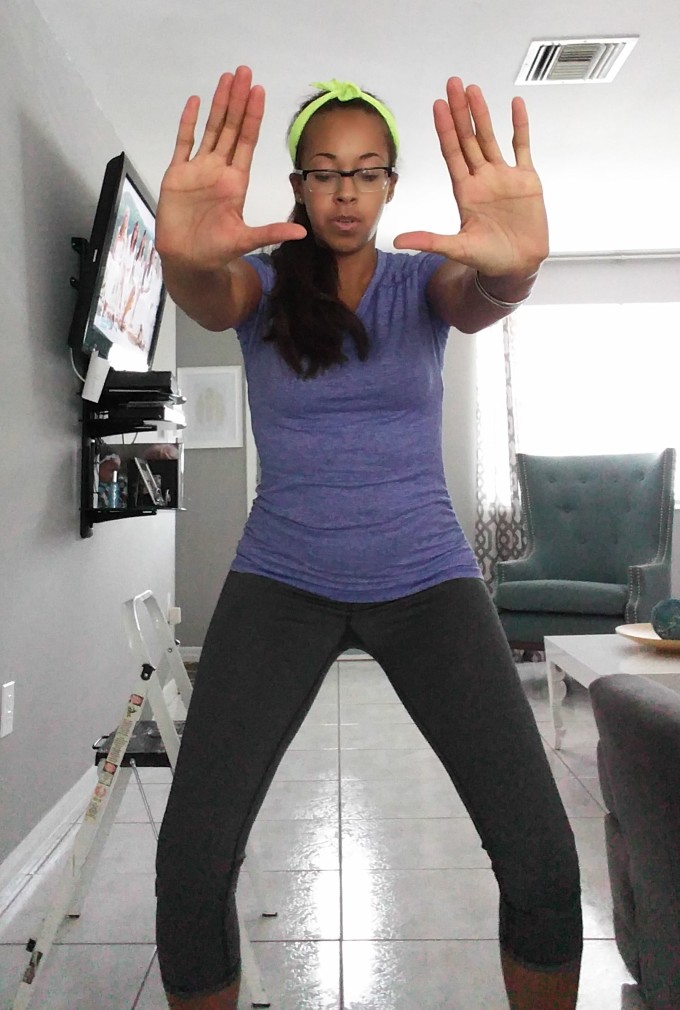 There are days that go by that I forget to work out but I know that working out is good for me so I make an effort. I know I can no longer do a Zumba class or go running (I never really liked running anyway) but I can do water exercises, which I hear are the best. I can lift weights. I can do low leg lifts. I can do something. No matter what ailment you have, unless you’re completely paralyzed, you can do something.

Knowing that it’s good for me should be enough to get me going. I’ll admit, sometimes it’s not. That’s where the problem is with most of us. I know I should eat more vegetables but just don’t like the taste. I know I should quit smoking but it feels so good. I know. I know. I know. I get so many calls of people saying they want to be “this” but they don’t want to do “that” to get there. I hear, “I want to lose weight but I just like to eat too much,” all too often. We make plenty of excuses but until we can stop those excuses, we can’t possibly get any better.

Tomorrow I’m sharing 3 tips for beginners to start losing weight. Nothing is easy. Everything takes time but we have to take a step in the right direction if we want to get better. I may not be a body-builder or even super toned. But I am fine where I am because I’m actively doing something. Come check out my instagram for daily posts on what I’m doing.

Have you signed up to receive announcements and tips in your inbox? If not, sign up. You’ll be the first to know about giveaways and will receive special announcements.

Follow MY CLEAN CUTTING BOARD MENU > on WordPress.com
Recent Posts
Instagram
Memory from 2 years ago. My 1st time at a box gym for a 6 week challenge. I love how strong I felt. I could lift a good load but I still couldn't do a damn push up. lol Ive always loved working out. I'm so grateful God has given me the ability and the drive. #workout #wod #proudofmyself #igotthis #justkeepgoing #dontstop #strengthtraining #beastmode #beast # working hard #closertomydream
As much as I work out and eat right ish, I always feel Im not getting results I should be seeing. But if I stop it won't get better so...Focused!
@zumba was today's workout of choice. If I stop moving chronic illness would destroy me. Keep moving. @24hfmiamigardens miamigardens #moveeveryday #wod #workout #24hrfitness #zumba #dance #move #pha #pulmonaryhypertension #thisispulmonaryhypertension #lupus #thisislupus #lupus warrior #lupusfighter @dickssportinggoods @adidas #sweepstakes #herfitsquad
light kickboxing. This was after a long workout. I had forgotten to eat the night before and felt like I was gonna pass out. Check out my baby kicks #workout #wod #kickboxing #rarebreed #crossfit #dontstop #skinnyfat #keepitmoving #imdead @dickssportinggoods @adidas #sweepstakes #herfitsquad
Just keep moving! 💪🏽 #herfitsquad @dickssportinggoods @adidas #sweepstakes
#zoodles with chicken tonight #whatsfordinner #eatclean #lupus #autoimmunity #pulmonaryhypertension #mycleancuttingboard #veggies #healwithfood #foodforhealing #lupuswarrior #phighter
Archives
Categories
%d bloggers like this: